China is a bully. From rampant espionage and hacking to Taiwan and more, China is slowly and very deliberately flexing its rising economic and militarily power. That power is more a result of espionage and outright intellectual property theft than the result of true innovation, but China doesn’t care. The ends justify the means. Understandably, President Donald Trump is attempting to out-negotiate the Chinese. But he needs to rethink his approach.

“The Art of the Deal” won’t work. To defeat China, we need to go back in time and use their own strategies and tactics against them. How far back? As far back as 544 BC and the birth of Sun Tzu. Over 2,500 years later, the “Art of War” is the roadmap to containing China and their thirst for global domination. The sooner the better.

In a move that might become a bridge too far for companies thinking about operating in China, a change in the cybersecurity law allows the Ministry of Public Security (MPS) to “conduct on-site and remote inspections of any company with five or more computers connected to the internet.” Which pretty much accounts for every foreign business operating in China.

The updates also include ominous authority to conduct a wide-range of activitiesthat could only be classified as state-sanctioned espionage. These include:

It doesn’t stop with espionage. Article VI allows the MPS to inspect records to determine if they endanger national security, public safety, network security risks and social order. Surveillance on the one hand, and censorship on the other, allows China to rule with an iron fist. The assault on internet freedom is expanding daily.

The steady creep of Chinese censorship is evident in American tech companies. Reddit, which is not allowed through the Great Firewall of China, may land a $150 million investment from one of the Chinese companies that made the firewall possible — Tencent. This follows a disastrous investment in Snap, which went on to lose 40 percent of its value. At the time, Tencent was the largest shareholder.

Other examples of state-sanctioned espionage affect traditional business travelers. According to Bill Evanina, the director of the National Counterintelligence and Security Center within the Office of the Director of National Intelligence, no one is safe from Chinese spying. During a December 2018 interview, he was asked: “If you were a CEO, would you bring a cell phone to China?”

“Absolutely not,” he said. “I would not take any electronics to China that I owned that has my own personal data on it, my company’s data.”

While the United States has independent internet service providers, China owns those connections internally. Anything that goes over a hotel Wi-Fi network will most likely end up in the hands of government agents. “You click on one hyperlink,” Evanina said, “maybe you click on a news feed that you see, [and] they have the ability to get into your hardware. And they have access to your entire phone.”

What lessons should we draw from Sun Tzu to change the current dynamics? Taking China head-on isn’t necessary. In Part III of The Art of War – Attack by Stratagem – Sun Tzu states: “Hence to fight and conquer in all your battles is not supreme excellence; supreme excellence consists in breaking the enemy’s resistance without fighting.”

The United States alone cannot wear down China. However, a concerted effort globally will drain their resources and expose them as a “Paper Dragon” according to Gordon Chang. Chang is a Chinese-American lawyer who specializes in Asian affairs and believes that China is desperate. The impact of the trade war with President Trump is taking a toll on the declining Chinese economy.

The Straits Times reported in December that “China’s consumers and businesses are losing confidence. Car sales have plunged. The housing market is stumbling. Some factories are letting workers off for the Chinese New Year holiday two months early.”

In Germany, Chancellor Angela Merkel is not rolling over for Chinese telecommunication giant Huawei. Before the company can participate in building out the new 5G network, Merkel requires guarantees that Huawei will not “hand over data to the Chinese state.” Not a lot of trust there.

The blows keep coming. Security concerns from the United Kingdom will require three to five years and $2 billion in new investment to satisfy the government’s National Cyber Security Centre.

The Czech Republic has labeled Huawei a threat, and “has issued a warning against the use of both software and hardware of Huawei Technologies Co., Ltd., and ZTE Corporation. Use of these devices presents a security threat.”

Australia has blocked Huawei and ZTE, likely as a result of the cybersecurity laws I described in the beginning. The notice said “The Government considers that the involvement of vendors who are likely to be subject to extrajudicial directions from a foreign government that conflict with Australian law, may risk failure by the carrier to adequately protect a 5G network from unauthorised access or interference.”

New Zealand followed suit, and in November of 2018 also blocked Huawei from supplying 5G infrastructure because it would raise “significant national security risks.” In December of 2018, Japan was set to “effectively ban government purchasesof telecommunications products from China’s Huawei Technologies Co Ltd and ZTE Corp over fears of intelligence leaks and cyber attacks.”

While China struggles economically and fights economic battles on multiple fronts, the time is right for the United States and our partners to take the initiative and tamp down its global domination aspirations. Although China appears strong, in reality it’s weak.

Sun Tzu’s chapter on ‘Weak Points and Strong’ offer a final piece of insight we should heed. “Therefore the clever combatant imposes his will on the enemy, but does not allow the enemy’s will to be imposed on him.” It’s not “The Art of The Deal” that will ultimately defeat China. It will be “The Art of War.”

Morgan Wright is an expert on cybersecurity strategy, cyberterrorism, identity theft and privacy. He previously worked as a senior adviser in the U.S. State Department Antiterrorism Assistance Program and as senior law enforcement adviser for the 2012 Republican National Convention. Follow him on Twitter @morganwright_us. 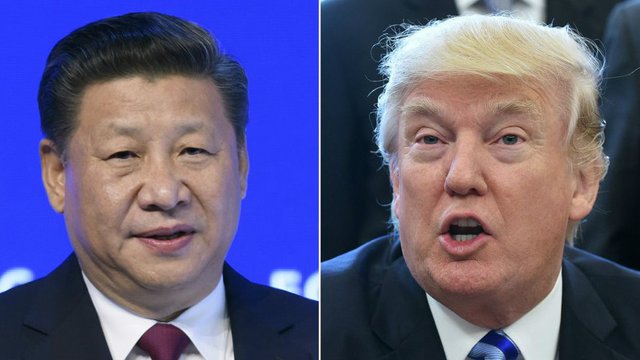 Against China's unfair policies, Trump's only… 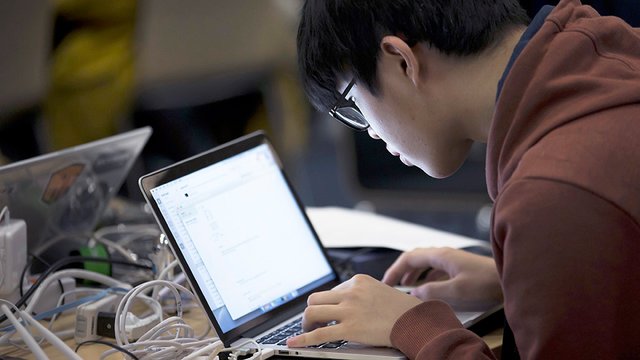 To stop China's technology theft, the US needs a…