Nowhere is this more evident than in the technology sector, especially when it involves our military and homeland security. But it didn’t used to be this way.

In 1938, the United States was still trying to recover from the great Depression and mourning the thousands of losses from World War I. As a result, we were producing very few weapons. Even as Great Britain was on the verge of defeat, our desire to remain neutral was so strong we declined to directly assist our most important ally. Legal workarounds created the Lend-Lease Act in March 1941 so we could assist without becoming involved.

That all changed with Pearl Harbor. After December 7, 1941, America turned into a war machine that was unmatched by anyone in the world.

From music to movies, patriotism was found everywhere you went. Victory gardens helped ease the burden of rationing. Rosie the Riveter became a cultural icon, emblematic of the tremendous sacrifice women made for the war effort. Corporations proudly showed their support by telling consumers what they weren’t getting until the war was over.

Bell and Howell created an ad showing “How to STOP a Tank!,” telling the pubic there would be no ‘Filmo Cameras and Projectors for personal movie making just now … but our post war products will be well worth waiting for.” An ad for General Tire not only reminded Americans the tire crisis was acute and that they must conserve tires, but also encouraged them to buy more war bonds. Imagine a for-profit company telling consumers not to buy because defending America was more important.

By 1943, America was producing twice as many weapons than all of our enemies combined. While the Germans were thought to have the most advanced technology, it was the United States that kept making newer and better weapons. Innovation was the secret weapon, and no major battle was won with the same weapons that had been used previously.

Patriotism and technology had another resurgence after the terrorist attacks on September 11, 2001. That year Gallup started tracking patriotism, and 87 percent said they were proud to be an American. The next round of technological innovation to defeat terrorism was named the USA PATRIOT Act – Uniting and Strengthening America by Providing Appropriate Tools Required to Intercept and Obstruct Terrorism.

Fast forward to the 2018 Gallup poll on patriotism, and the data speaks for itself. A record-low 47 percent now say they are ‘extremely proud’ to be Americans, the first time the survey has been below the majority level.

Why does this matter? When it comes to technology innovation and Silicon Valley, 75.2 percent are pretty liberal, according to research conducted by Stanford political science professors David Broockman and Neil Malhotra, in collaboration with tech journalist Gregory Ferenstein.

As summarized in Vox, “There are at least two important areas, though, where tech entrepreneurs stand apart from typical liberals. The first is on the question of what the study authors call ‘globalism,’ or the proper balance between the interests of Americans and those of people living abroad. Tech entrepreneurs are about as globalist as Democratic donors, and far more globalist than other groups.”

The research showed that 44 percent of tech entrepreneurs say trade policy “should prioritize the well-being of those abroad instead of Americans, and 87 percent support free trade agreements.”

It’s no wonder then that Apple refused to cooperate with the FBI investigation in the terrorist attack in San Bernardino on December 2, 2015 that killed 14 people and wounded another 22. FBI agents needed access to the iPhone belonging to one of the terrorists. They didn’t get it.

Even less shocking is Google’s withdrawal from the Pentagon’s Project Maven, a program using Artificial Intelligence designed to ease the tremendous burden of having humans sit in front of computer screens and review massive amounts of drone video for actionable insights. As I wrote back in September: Google isn’t apparently against working with the Chinese government on their development of AI. They did, however, recently defend their plans to build a censored search engine for China.

We’re locked in a new kind of war — a war for innovation. Our technological advantage continues to slip away with China and Russia nipping at our heels. China has clearly stated its intention to become the global leader in AI by 2030. Not all of their innovation will be the result of cutting-edge research and development.

The Office of the United States Trade Representative just released a report “updating information on its Section 301 investigation of China’s acts, policies and practices related to technology transfer, intellectual property and innovation.” The four key findings shouldn’t come as a shock.

China requires and pressures technology transfer from U.S. companies. Their technology regulations are non-market based and favor Chinese recipients. China acquires U.S. companies and transfers the technology to their own companies. And least shocking of all — China hacks into and steals intellectual property from American firms.

The chairman of the Joints Chiefs of Staff, Gen. Joseph Dunford, recently spoke in Halifax, Nova Scotia. He laid out the case for the use of artificial intelligence, and the need for tech companies to help the American military keep and extend their battlefield advantage. “This is not about doing something that’s unethical, illegal or immoral. This is about ensuring that we collectively can defend the values for which we stand.”

“I have a hard time with companies that are working very hard to engage in the market inside China … then don’t want to work with the U.S. military,” he said. “I just have a simple expression: ‘We are the good guys.'”

If we don’t make the choice now, our future might look more like ‘Man in the High Castle.’ We’ll wake up one day to find dystopia instead of utopia. And it will be of our own rush to globalism fueled by a one-sided political patriarchy in technology because someone forgot who the good guys actually were. 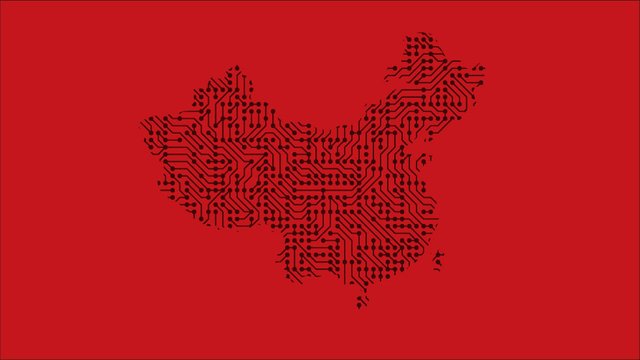 The coming cyberwar: China may already be monitoring… 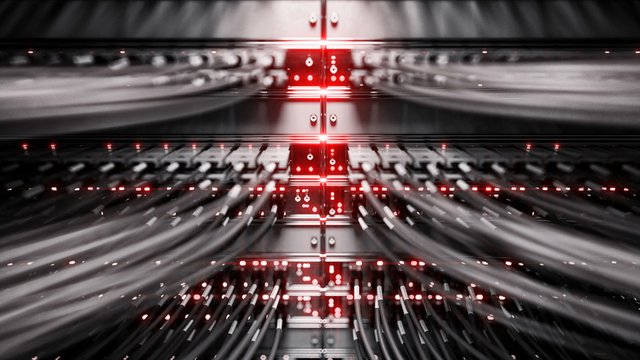 US would be crippled by an EMP attack, which we…